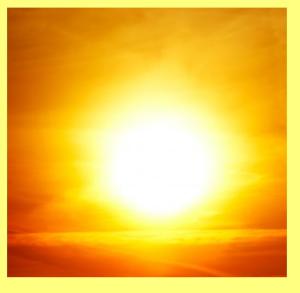 Did you ever wonder, why in the world didn’t someone think of it before? Using the sun as a means of powering electrical appliances … could there be a more self evident energy source? Of course, the problem has always been not why we should extract energy from that giant orb above to power our homes, but how. And that, as you well know, is where solar energy comes in. Everyone knows that solar energy comes from the sun. What most don’t know, though, is how does it work? Solar panels have the capability of taking the sun’s limitless power and converting it into energy that makes all of your home’s electrical appliances and gadgets work. But they can’t just take the sun’s massive energy without first converting it in such a way that makes it a lot less powerful and a lot more safe. Here’s more detailed information on how solar energy works and how solar energy installation makes sense for homeowners.

Solar panels convert the sun’s energy into the electrical energy that powers your appliances, lights, and other gadgets that use electricity. Solar panels use photovoltaic cells, or PV cells, which are modules that are specially designed to convert the sun’s powerful rays into usable electrical power that is safe to be utilized in the home. PV cells contain two layers of semiconducting material. One of these layers has been treated in order to provide excess electrons. The first layer is referred to as the ‘n-type semiconductor.’ N-type semiconductors have free electrons that are negatively charged. They are extrinsic semiconductors, meaning they have been ‘doped.’ This means impurities are intentionally introduced into an intrinsic, or pure, semiconductor in order to temper its electrical properties. The other layer has been treated in order to possess a reduced amount of electrons. The second layer is known as a ‘p-type semiconductor.’ They are not pure semiconductors, but have been ‘doped’ in order to make their conductive properties even more controllable. Some electrons will migrate from the n-type layer to the p-type layer. When this happens, an electrical field between them is created.

When photons of light strike the p-type layer of the solar panel, they either can be reflected or absorbed as they pass through. If the energy of a photon is equal or greater to that of the difference in energy between the orbital (an atomic orbital is a mathematic function that defines the behavior of electrons) that is currently occupied by an electron and the available orbital that is next to it, it can absorb the photon and then jump to the next orbital. Electrons that acquire enough energy to jump the band gap (the difference between the lowest unoccupied orbital and the highest occupied orbital) free of the atom, migrate into the n-type layer, which drives a current that is capable of being utilized safely in your home.

A significant portion of the sun’s energy that is used in solar panels is actually lost if a photon does not possess the energy necessary for the electron to jump the band gap. When this happens, the photon won’t be absorbed, and this means that it will pass through. Conversely, when it contains too much energy, that excess energy will be consumed as heat. For this and other reasons, solar panels do not perfectly convert the sun’s enormous power into usable electrical energy. However, solar energy installation in Atlanta is advancing every day, as it has become one of the most thoroughly researched and funded types of energy available. Solar panels are a safe and effective means of powering all those electrical devices in your home, especially if you’re looking to save money by reducing electrical costs. The sun’s energy is the most effective electrical power we have, and converting it into a usable electrical resource is one of the wisest methods of powering your home.

When asked what are some of today’s most cost effective energy resources, most licensed electricians in Atlanta recommend solar energy installation for its power to conserve energy and cut electricity costs. In fact, most agree that no other energy source can better power your electrical appliances for less money than solar energy panel installation. If you’re looking for ways to keep electrical expenses down while maximizing energy resources, contact a licensed electrician in Atlanta for more information or to schedule a consultation.